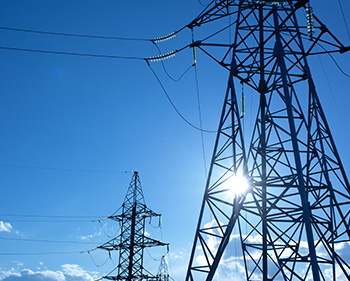 Rising energy costs, record levels of inflation and supply chain issues are three of the biggest threats facing more than half (58%) of businesses in the next six months, according to new research by accountancy and business advisory firm BDO.

The bi-monthly survey of 500 leaders of medium-sized businesses reveals that almost a fifth (18%) of companies believe the cost-of-living crisis and rising inflation have a more negative impact on their business than the COVID-19 pandemic. Warnings from the Office for Budget Responsibility that inflation could hit 10% by the end of 2022 are also severe cause for concern, with more than half of businesses (60%) having planned for an inflation rate of 6% or less this financial year.

Meanwhile, businesses are battling the impacts on recruitment and retention efforts resulting from the rise in National Insurance, which came into effect in April. A third (33%) have raised wages to absorb the increased contributions facing their employees, while 31% of businesses are struggling to pay the higher cost to them as employers. Just under a third (30%) have paused or reduced hiring as a direct result.

Businesses are responding to the current economic challenges in a variety of ways. For example, more than a quarter (27%) increased their prices for end consumers due to supply chain disruption. A fifth (19%) have paused investment in the business altogether, while the same number (19%) cannot prioritise research and development for new products and services. This comes despite the government encouraging businesses to innovate through this period of economic downturn. A similar proportion is unable to focus on other areas of growth, including hiring (18%), international expansion (19%) and M&A activity (19%).

Ed Dwan, partner at BDO, said, “This is a deeply troubling picture for the UK’s mid-sized businesses, who have spent over two years since the start of the pandemic operating in survival mode. Now, mounting inflation and the cost-of-living crisis is once again preventing them from prioritising long-term recovery, especially by putting a pause on much-needed investment.”

“For many, the rise in National Insurance contributions has been a tipping point – resulting in an increase in salaries that could well exacerbate inflation and the pressures facing businesses right now.”

“These businesses are the engine of the UK’s economy, and without the right support and policies from Government, their long-term growth is at risk.”

These challenging problems also put pressure on accounts receivable to get paid on time, something their buyer’s accounts payable increasingly struggles to satisfy.